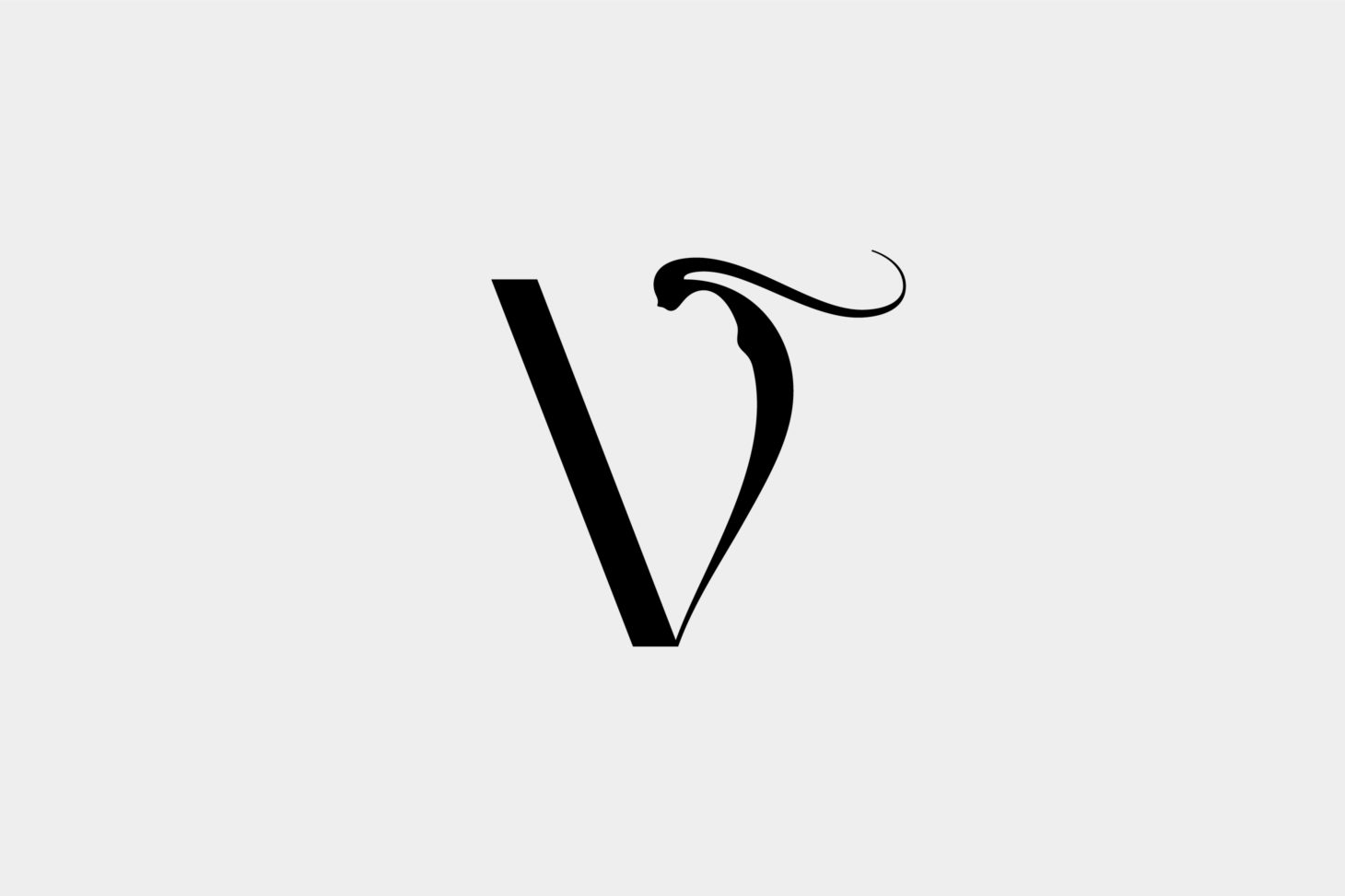 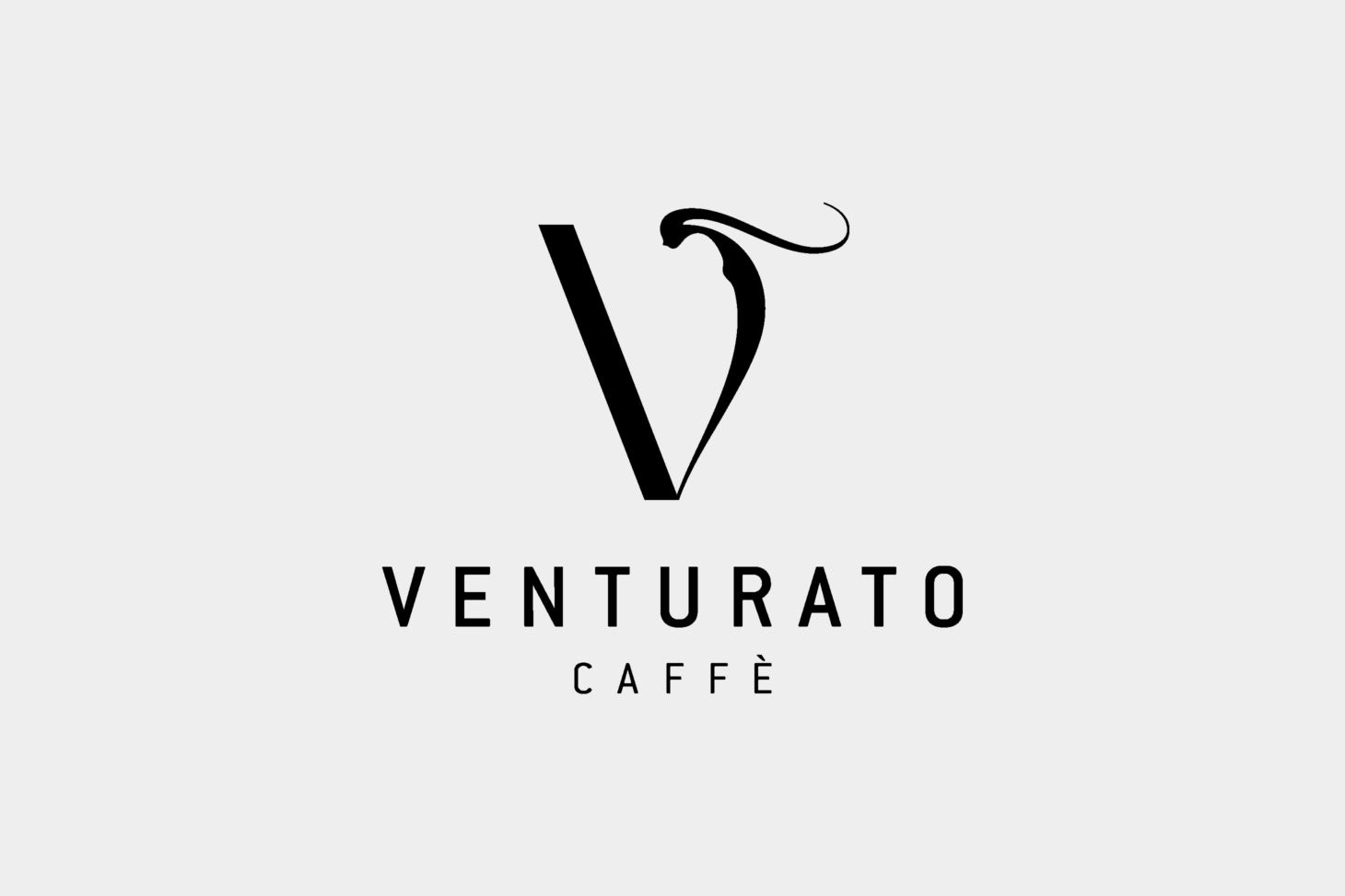 Venturato Caffè is a historic brand from Marca Trevigiana, Italy, whose origins go back to Trieste in the 1920s, a decade enlivened by important artistic and cultural movements throughout Europe.

The task of designing the brand’s new image, entrusted to Verter and completed within the MYO DESIGN division, was an opportunity to dive into the historic roots and collective imagination of the early twentieth century. Starting in the 1930s, this cultural backdrop generated one of the most fertile moments in Italian design, resulting in what is known as ‘Stile Liberty’. Similar to Art Nouveau, this aesthetic ideology permeated various fields, including architecture, interior design, furniture, urban planning, jewellery, textiles, fashion, collector’s items, lighting, etc. It’s a style that focuses on artisanal craftsmanship as the primary alternative to mechanisation and mass production.

With this concept as the starting point for the new Venturato Caffè logo, the challenge was to unite the brand’s history and cultural values within an effective, distinct update. The new symbol had to be expressive, genuine and delicate, rich with emotional appeal and linked to the concept of ‘coffee for the soul’. 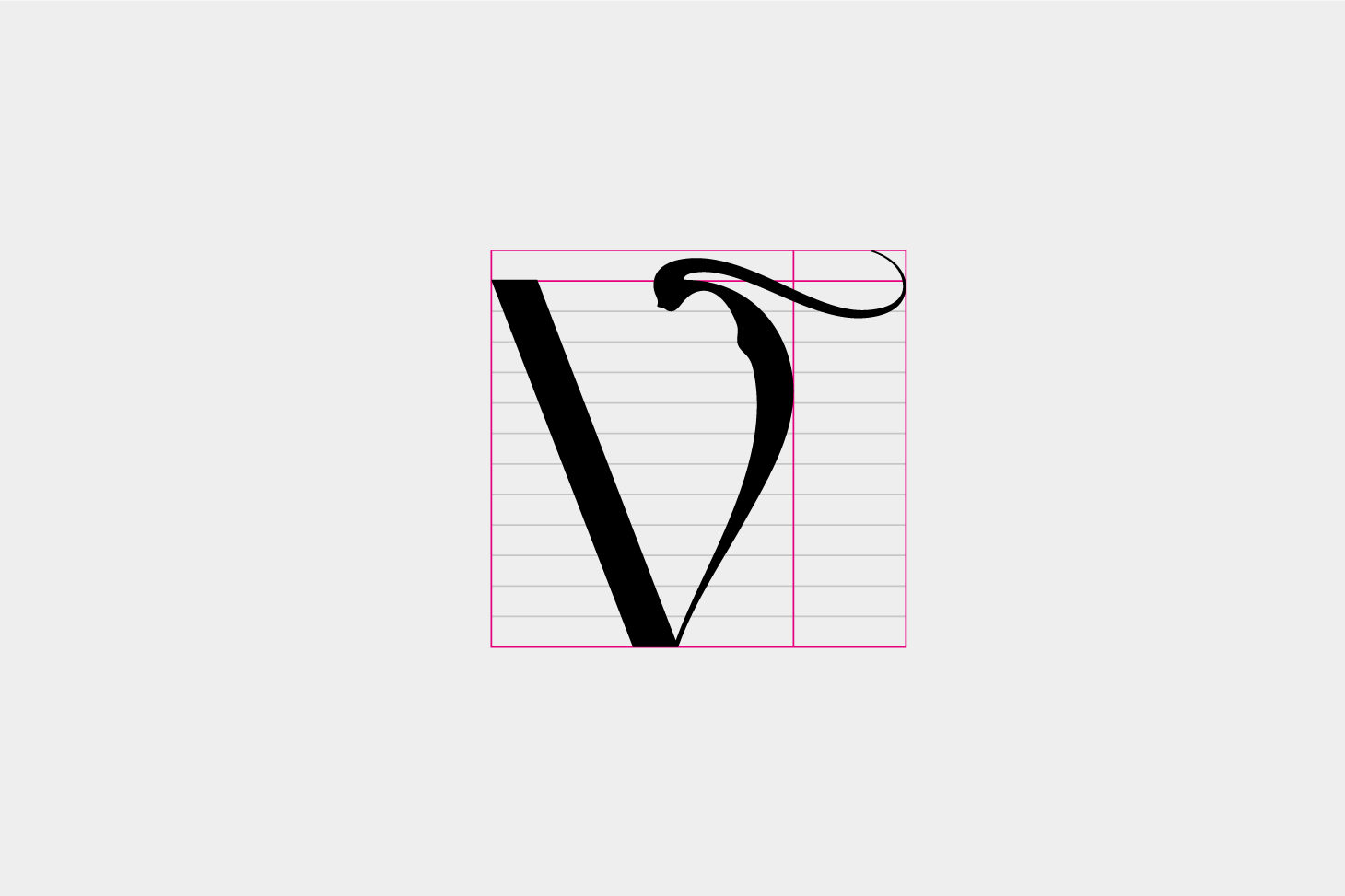 Proportions and weights, as always, have been calibrated starting from a precise construction grid, paying special attention to the details – the curves and links in particular.

The letter ‘V’, the brand’s initial, takes shape through the contrast between a simple sans serif font, with its clean diagonal stroke on the left, and a nymph, acting as a symbolic element on the right. This divinised female creature and inspiring muse is outlined through soft, rich curves, as intense and dreamlike as the aroma of espresso, able to engage all the senses. 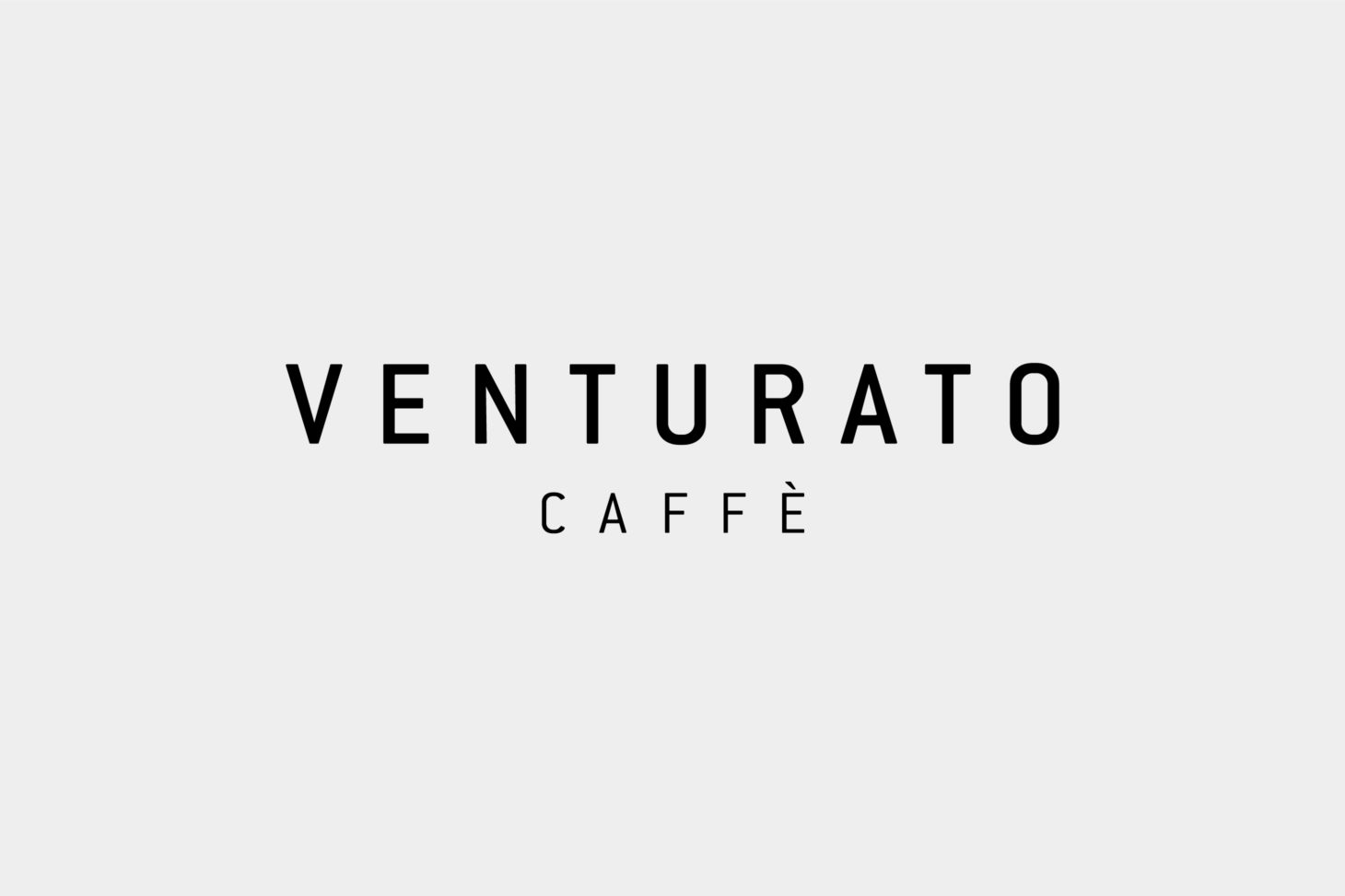 As far as purely typographic elements are concerned, the typeface used in the suitably-spaced logotype is a contemporary sans serif: ITC Conduit. Linear, clean and slightly condensed in appearance, it has a unique design to lighten its strokes, especially in the barely-rounded terminals, while maintaining the essentiality and authority it transmits. 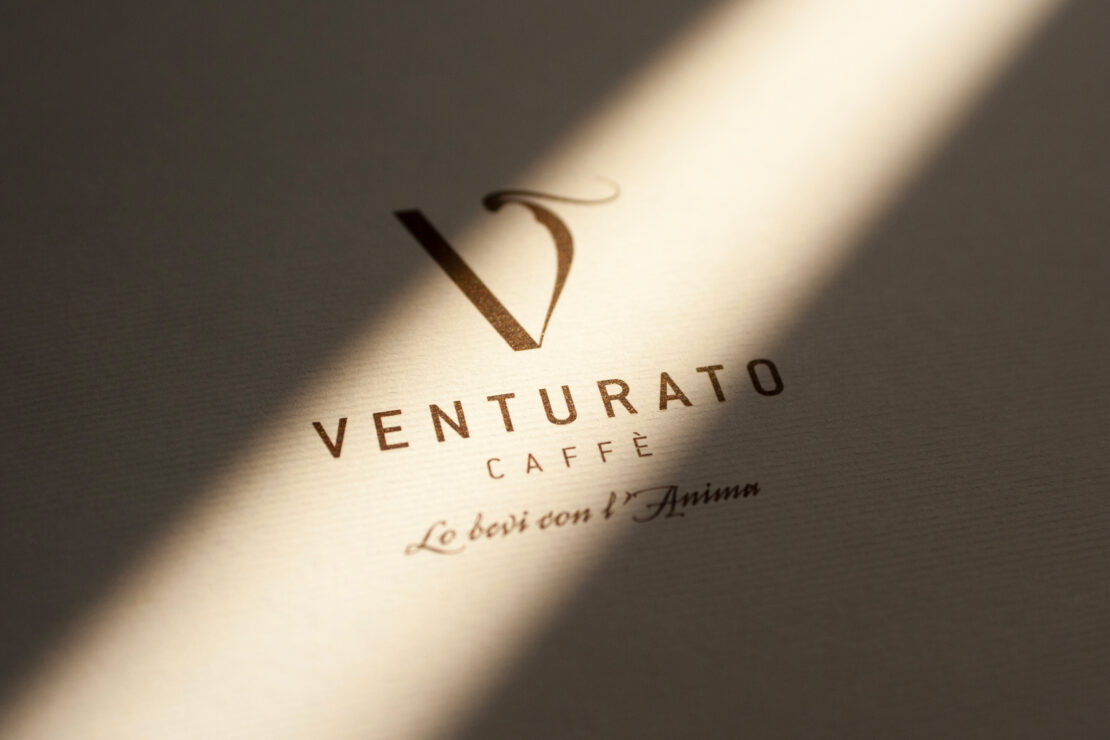 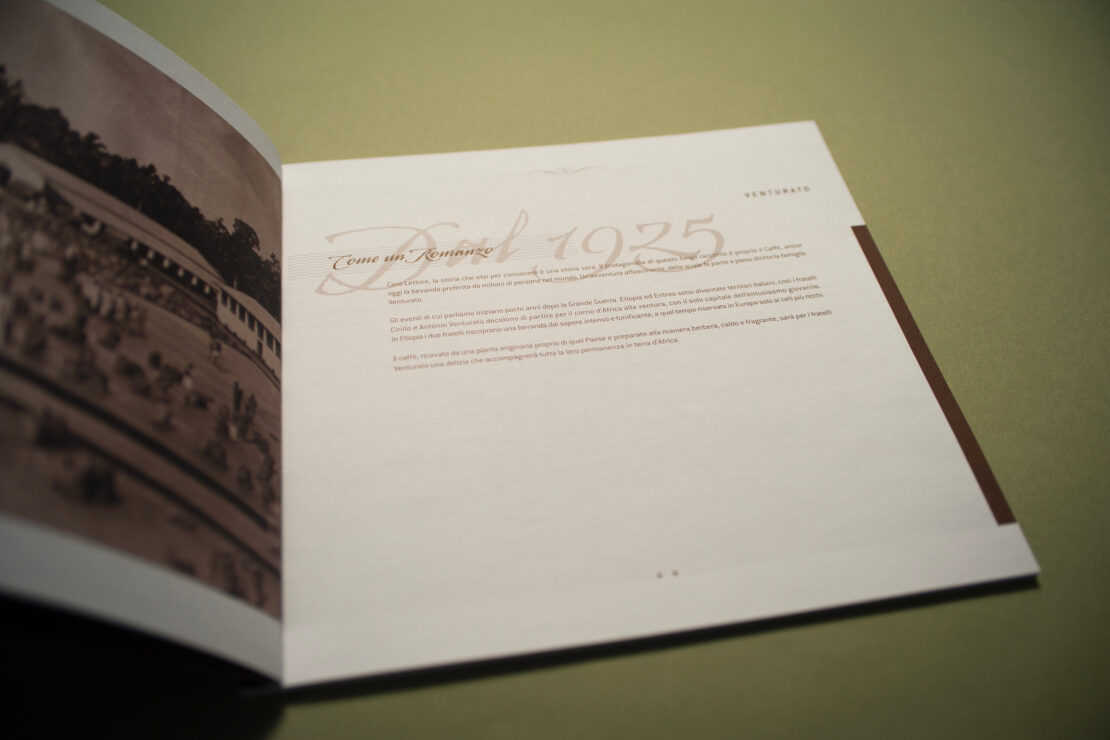 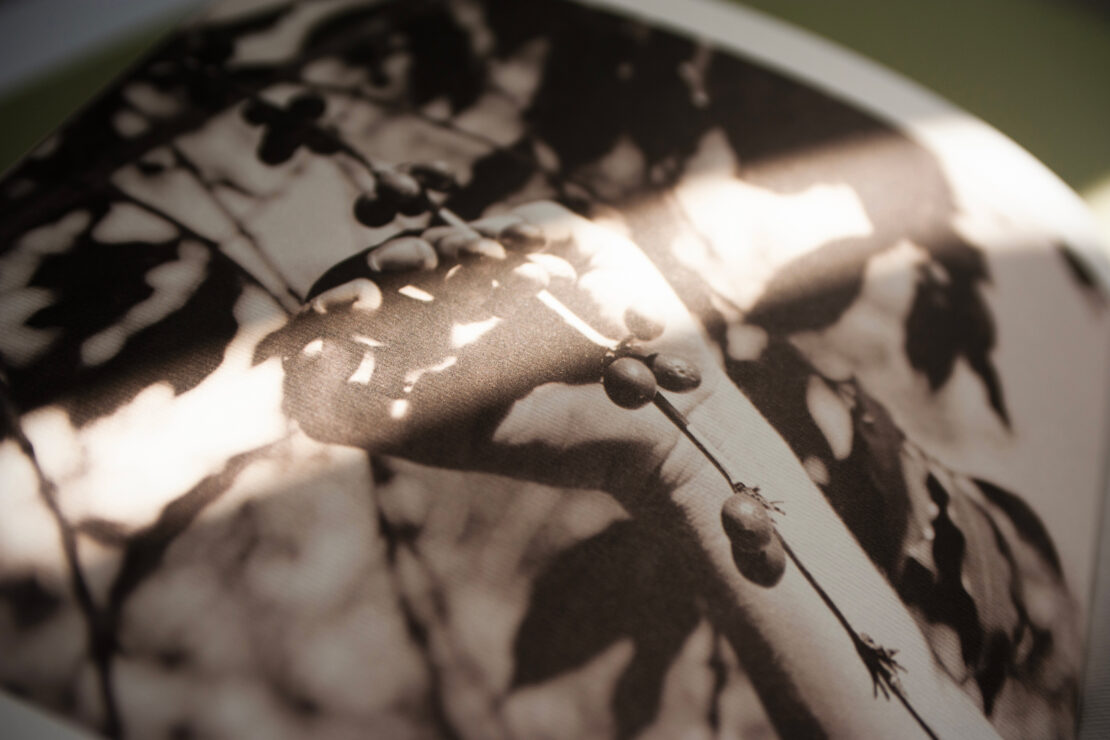 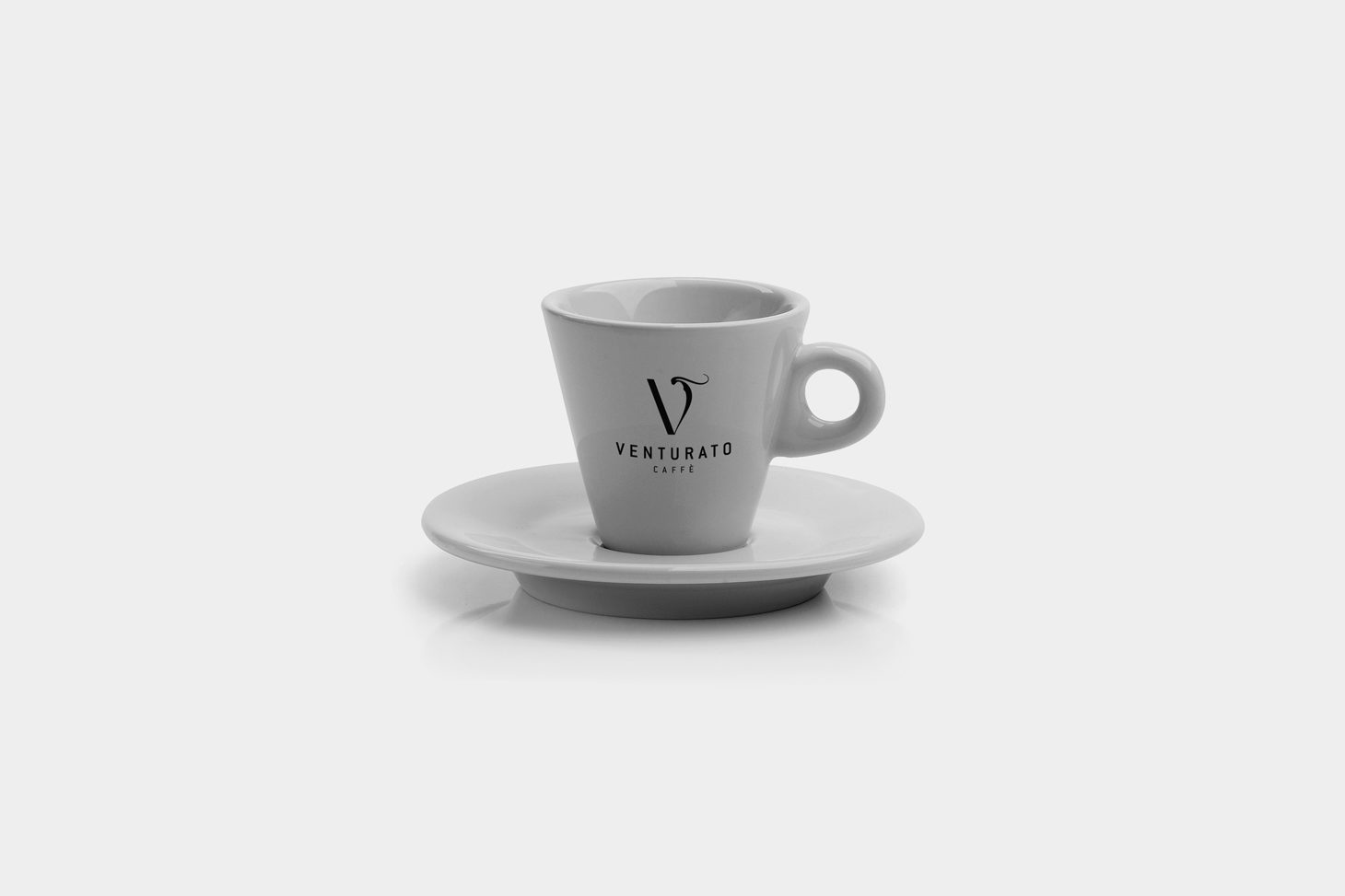 Through the use of simple, commonly-used materials deeply connected to the brand’s identity (and thus easy to recognise), the logo conveys Venturato’s history while signalling a new era in which innovation (both technological and marketing-related) is embraced to meet the challenges of today’s world, boosting its appeal and visibility in new markets.