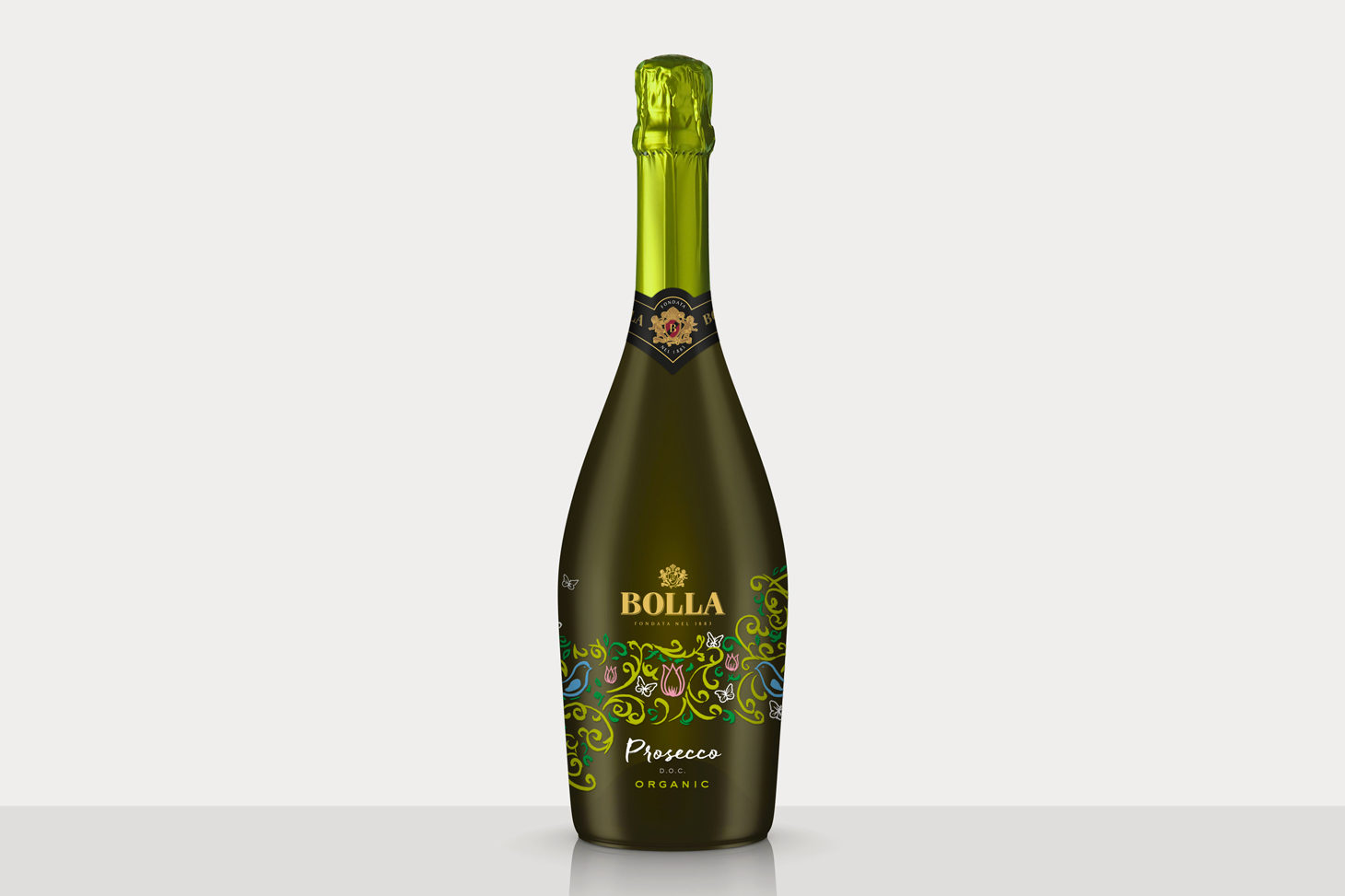 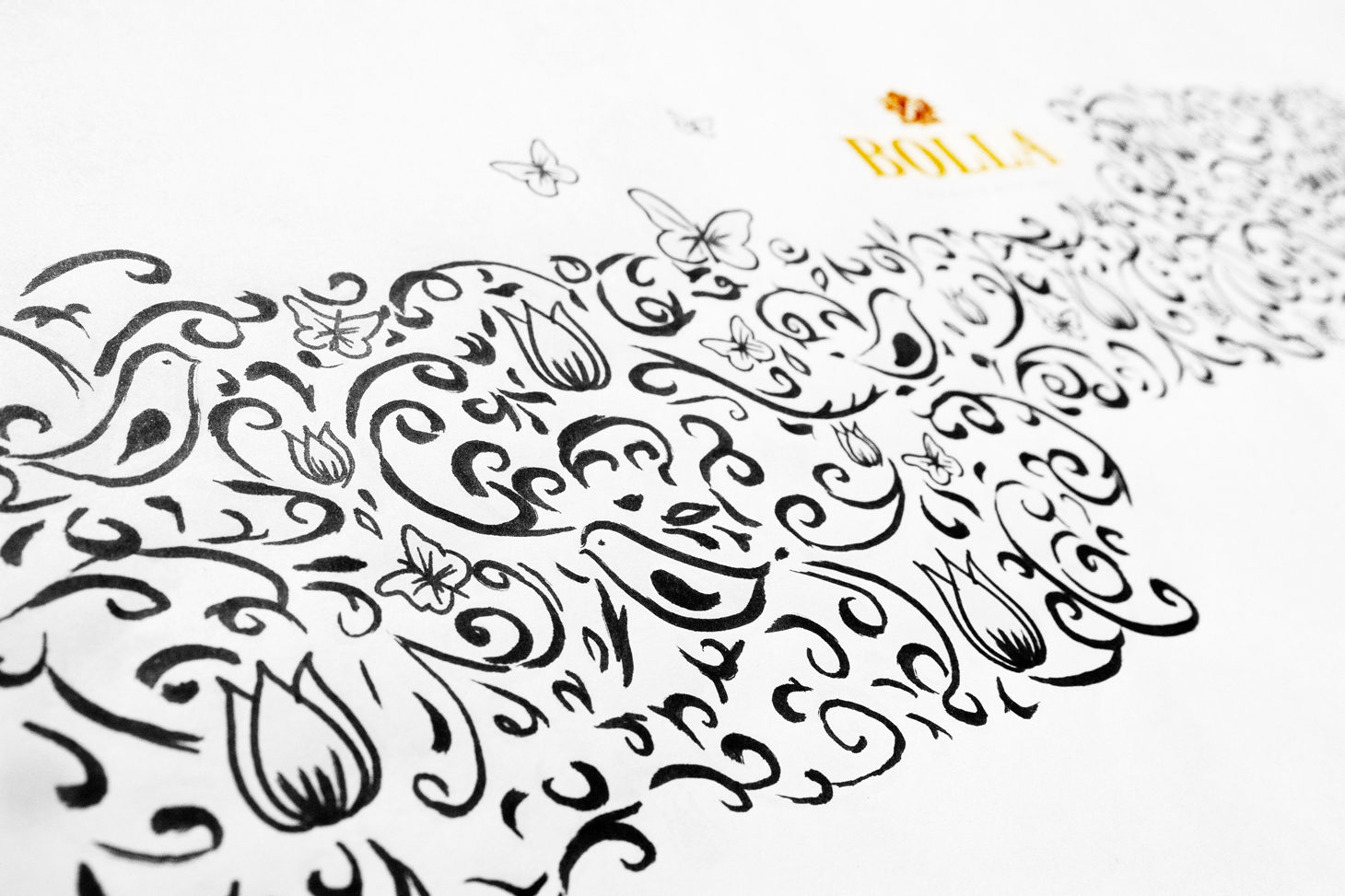 Gruppo Italiano Vini is a leading Italian winemaker, the owner of Cantina Bolla and other prestigious names. The group commissioned MYO DESIGN to create the Limited Edition label for an organic prosecco produced for the Swedish market, where sales of this wine are on a clear upward trend.

The deliverable in question was a Summer Edition, a stylistic reworking of an existing bottle design that had already proved a great success.The graphical elements, then, were devised as a natural step forward based on an earlier model that we tailored specially for this particular label. 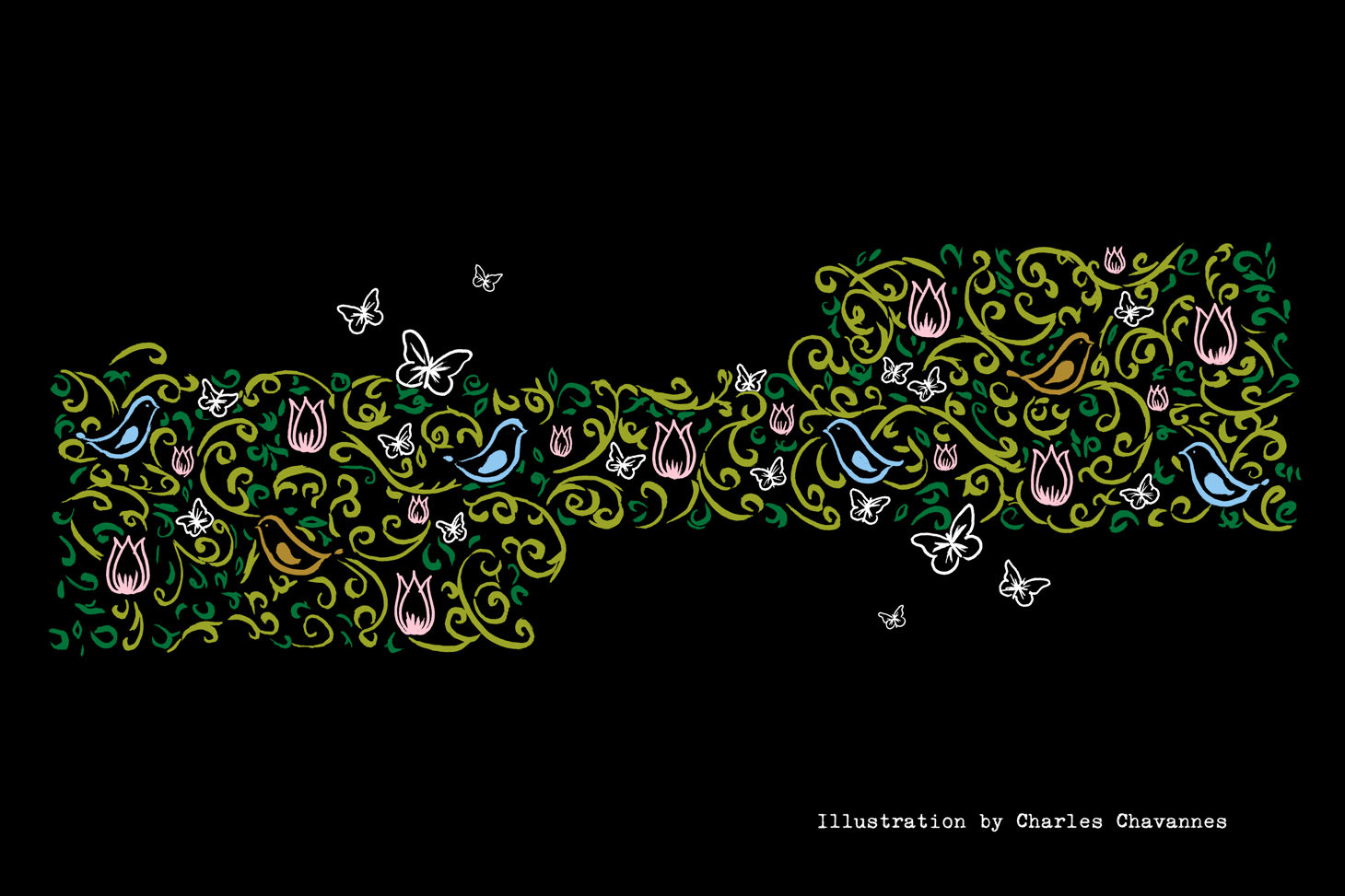 Our initial explorations focused on a type of composition using vector graphics with flat icons. Then, to emphasise the exclusivity of the bottle and to reflect the client’s desired positioning, we developed a handmade proposal that enriches and embellishes the composition, reflects its elegance and uniqueness, and above all stays true to the organic concept.

The client required two core colours (light green and bright green), which we complemented with the fresh, typically summery tones of yellow, pink, sky blue and white. The original drawing – by illustrator Charles Chavannes, highly regarded in his native Belize – is an artistic gem in plain black felt tip. 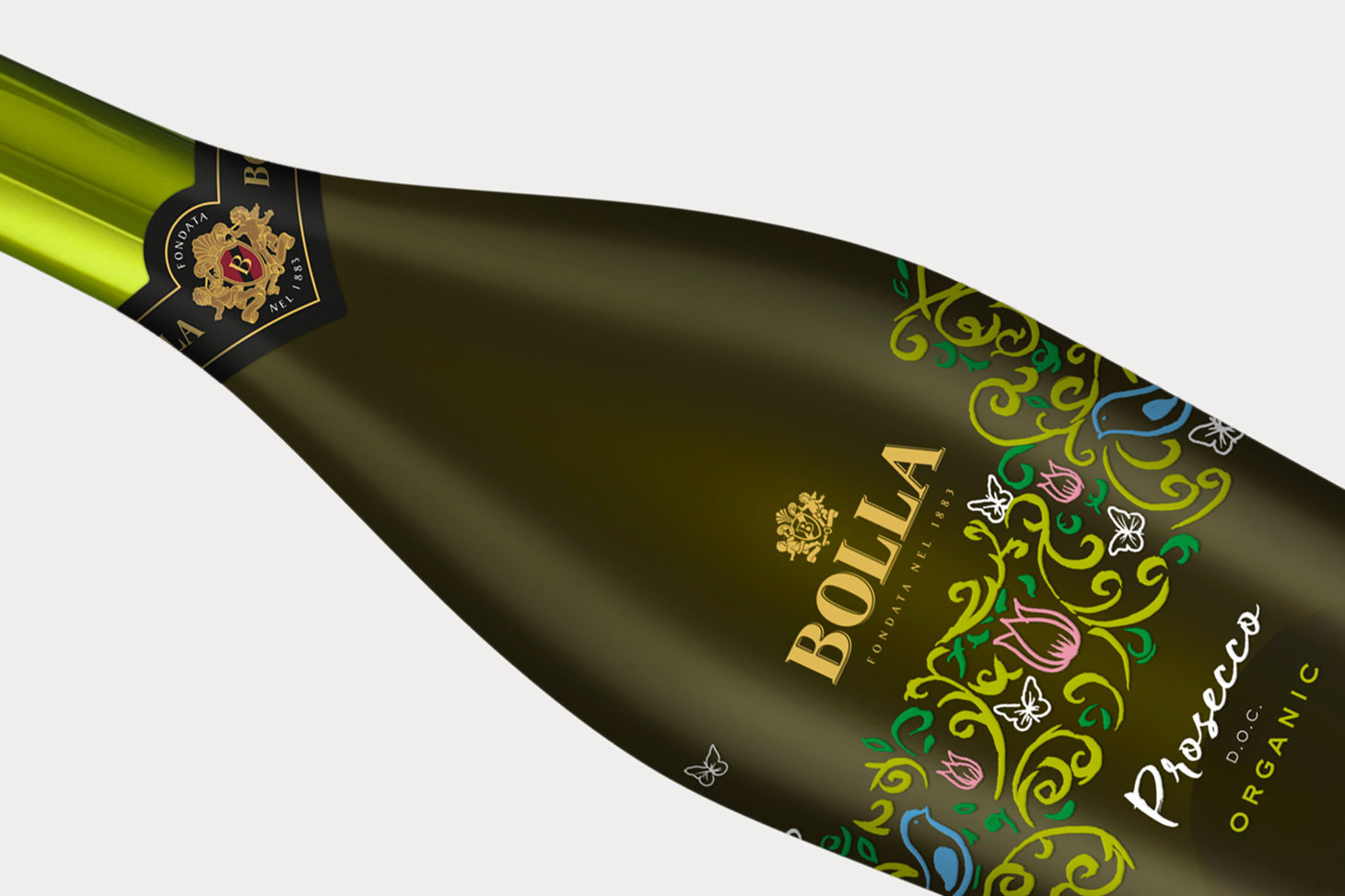 The palette for the silkscreen print on glass

The final image was then coloured on the desktop to align the illustration with the brief and with the target market’s prevailing taste but also to create a wraparound silkscreen print directly on the glass, as a band girding the entire bottle.

The type used for the “Prosecco” lettering is also a script font, evoking the handmade style of the general depiction, combined with a block-letter sans serif lower down. For technical reasons regarding the silkscreen printing, the Bolla logo complete with coat of arms was printed entirely in gold.

This Summer Edition is likely to be followed by a winter one, and we have already conceived and created the label for this, too, coordinated to perfection with the original commission. We look forward to sharing it with you soon.